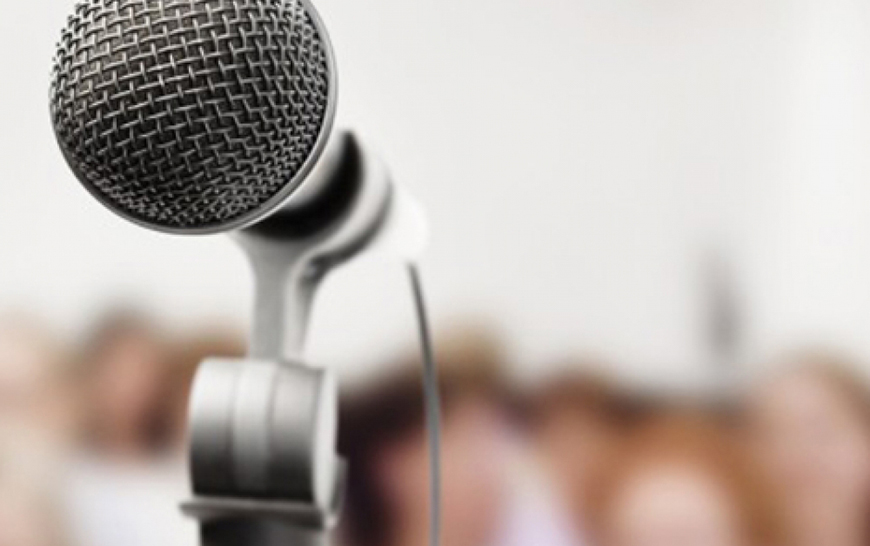 ← In The Spotlight, Expect Your Body Language To Be Under Scrutiny Neil Woodford: Why Rock Star Investors Show We Should Focus More on the Rest of the Band →

Part 1: Putting the audience’s needs at the heart of public speaking.

I saw Eva Eisenschimmel, Group Culture Director of Lloyds Banking Group talk on September 3rd 2013 at Bloomberg as part of CIM’s 2013 Growth Summit. She gave a powerful keynote presentation that made the whole room sit up and listen and then went on to be one of the most memorable participants in a panel discussion. I knew I had to ask if she would interview for our blog as here was a great public speaker that would also be superb inspiration for clients, especially our female clients. I was delighted when she agreed to be interviewed, so two weeks later, I asked Eva to share her thoughts about public speaking. 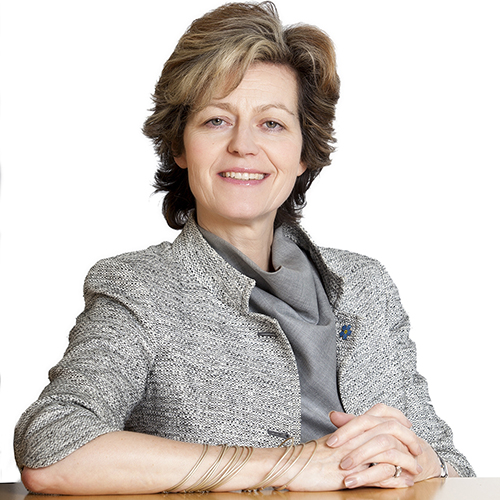 Eva Eisenschimmel of Lloyds Banking Group
When do you get asked to do public speaking – what are the circumstances?

The first and most frequent occasion is internally – Lloyd’s is a large organization, over 90,000 colleagues and is one of the largest employers in the country as we are a UK centered bank. So we do a lot of internal “public” speaking.

The second occasion is something that I am asked to do a lot, but which I do relatively little of – external public speaking at events or exhibitions.

Thirdly there are interviews with journalists, mainly one on one, which is a form of public speaking of course because it carries a lot of risk. Even the most straightforward of interviewers are looking for an angle or an edge and often I will be trying not to give too much away (such as details of a new campaign before launch).

So I would say that I do the most of the first internal type of speaking, a little of the third and least of the second. I do less of this for two reasons. One is personal and one is contextual. The personal one is that I’ve been here for three years and apart from a little early experience, I am new to the sector so I am therefore slightly careful and slightly reluctant to put myself out there as a sector expert as there are others with far more experience than me. At the same time, I’m still finding my feet and establishing my credibility and of course I’m working on delivering stuff and it feels like that is more important than just talking about what you’d like to deliver! So I’m therefore quite reticent to accept too many of those invitations.

So would you say that you prefer internal public speaking the most?

I would say I enjoy all types of public speaking, but perhaps the third type least, as in this age of social media what you say can be whizzed around the world in a split second and you can do untold damage to a company’s reputation or share price! I don’t think there is a lot of difference between the internal and external occasions.

How do you prepare?

There is always a lot of preparation required and I especially focus on my opening and my close. It’s a tried and tested tip but it is a good one – if you know how you are going to start and how you are ending you can usually get on well. Another thing to remember is are you a subject expert ? or more crudely do you know more about this topic than your audience ? You usually do and with that comes confidence. So I would say there is so much in common with both internal and external speaking and I therefore enjoy them both.

So as you mention good preparation is vital, do you ask questions of your organizer when you accept an invitation to speak?

Oh certainly yes! Experience has shown the more questions the better really. You want quite a detailed insight into the audience such as:

Making sure you aren’t going off on a complete tangent and seem disconnected from the rest of the day. You need to establish what the tone is of the day, which sometimes comes from the venue. A very grand, tiered seating venue with a stage and a lectern will demand a different approach to an audience sitting on the floor cross-legged (I exaggerate to make the point but you get the idea!).

All of these questions give you clues to the structure and tone needed for your approach. And don’t let’s forget the all important questions (which we’ve all come a cropper on at one point) about AV set-up:

And then finally your entrance and exit – I always wear high heels so find out if will you be clambering up and looking inelegant and or will you be all on a level so the shoes and skirt will work? All these small elements contribute to being fully prepared – will there be water? The list is endless. You can’t have too much information to prepare properly.

I read on the blog another respondent talking about visualization. I’m not sure I do it consciously but I do visualize the space and the audience that you will be looking at and how it will feel. So as an illustration about a year after joining our new CEO António Horta-Osório had arrived and I was invited to speak at an event he holds annually called the One Group Convention. It’s an idea he bought from Santander and it is lovely, it wasn’t something Lloyds did before. He gathers 5,000 people in a room and I was asked to speak. I’ve never spoken in front of thousands of people so this was a new escalation in anxiety I can tell you! So to visualize that was a feat – what does 5,000 people look like? Will you even see their faces? Someone said to me ‘imagine them naked’ which wasn’t helpful at all, pretty ghastly! But the point is quite serious, will the faces be a blur or will you be able to pick them out?  I soon decided that I wasn’t leaving anything to chance, it was absolutely scripted, and I knew every word. No ad-libbing at all, not least because timing was really important.

Absolutely, but still on stage, although there was no multi-media involved, everyone was in the room with me. So that was a real milestone.

And did it go well?

Really well, and I did it again the following year, which was a lot easier because once you’ve done something new once you have done it. So the point is visualization is helpful because when you do something on a big scale like that, or something is blasted around the world in tech form you need to really prepare to a different level. Unless you are brilliantly quick witted or you have a brain the size of a planet. Which I don’t. I think you need to know your strengths and weaknesses. For example I don’t do comedy well, I admire people that do and I know it is one of the techniques for opening a presentation – I can’t do that! I think I have an odd sense of humour so I would never dare to do that, I know that’s not my strength. Whereas speaking passionately from the heart about what I feel and what I think really matters is something I can do well. So whatever it is that you do well, know it and design to it. Certainly don’t put yourself in a new situation (whether a new audience, new venue or new size of audience) and try something new. This is certainly not the time to experiment!

This may be a question more relevant to earlier in your career. Any physical sensations (good or bad) before you start speaking?

A healthy dose of nerves, butterflies in the stomach. Adrenaline in moderation always enhances a talk. I’d like to think that I’m excited more nervous, but it is a close run thing!

I was lucky in that I was taught to speak early on at Mars Confectionery as part of my graduate training scheme. We were expected to present a lot and had to even prepare our slides handwritten on an OHP. I learned to see invitations to present as opportunities to practice. If people invite you try and take them up on it because it gives you an opportunity to get less nervous and more excited about doing it.

What do you hear when speaking?

Nothing, nor do I remember what I have said afterwards which is very curious! I go into autopilot. You’re on the stage, someone says go, and then everything else disappears very much like an out of body experience. I am very much there in the moment. You’re performing really, I’m not an actress but it would be helpful. The few times I have been filmed it has been very interesting to watch back and see how I did. Not for cosmetic reasons but just to increase my awareness of how I come across so I can improve. There is always something to learn and improve upon to bring to the next occasion.