In The Spotlight, Expect Your Body Language To Be Under Scrutiny 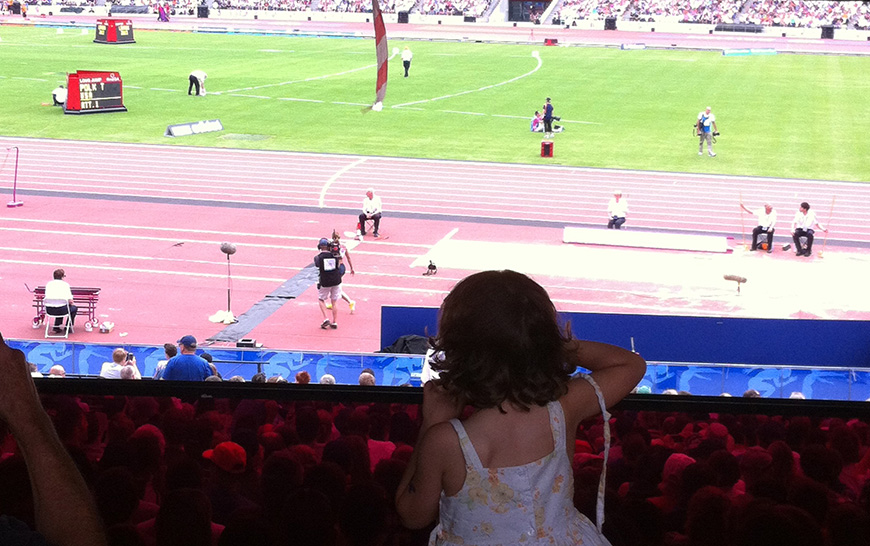 We were lucky enough to get tickets to the Anniversary games at the Queen Elizabeth Olympic Stadium on Saturday. It was an amazing day, with great weather and a festive atmosphere as the entire stadium leaned forward to make sure the athletes felt our support.

One of the highlights of the anniversary games, especially for my young daughters, was a chance to see Jessica Ennis-Hill in action. Her achievements in 2012 and the positive role model that she presents make her a media favourite and with that comes pressure. On the run up to the Olympics the pressure was immense. She was after all ‘the face of the games’ and the whole country wanted her to win. Which she did. But does that release the pressure? No, it can make it worse as long as you are still desperate to win.

When you are in the spotlight you can’t avoid your body language being scrutinised.

On Saturday inside the stadium the giant screens showed the athletes being presented before their races and on a screen split showed parts of races being completed. However for Ennis-Hill her every movement seemed to be projected onto camera. Whether she was chatting to the other competitors under the awning during the long jump or coming over to chat to her coach there was a camera focusing in on her every move. So we saw smiles and waves but we also saw giant screen shots of a bottom lip being bitten or a concentrated frown after an attempt. I’m sure this added to the coverage that came the day after such as this.  Someone else who knows what media scrutiny after success is like, Usain Bolt, almost seemed to court the camera as he was warming up back stage, joking with the presenter and sending the message with his body language that he was relaxed and ready.

You couldn’t help but wonder how things might have gone if the attention had been better shared around. Katarina Johnson-Thompson won the Long jump but her jumps were barely on the big screen, with her last being during one of the men’s track races.

As you start to do better in whatever discipline, be it sport or presenting at work you will naturally be under more scrutiny. For leaders this means you will be watched by your team even when you are not ‘on stage’. Appearing calm and assured for the annual meeting and then acting slouchy and slumped at a direct reports meeting can cause your team to suspect all is not well. 24/7 scrutiny is not pleasant and nor is it fair. But people do make judgment calls based on how your body language yourself so be ready for it. This is just as important when we are offstage as on.