Nerves and ‘Fight or Flight’ 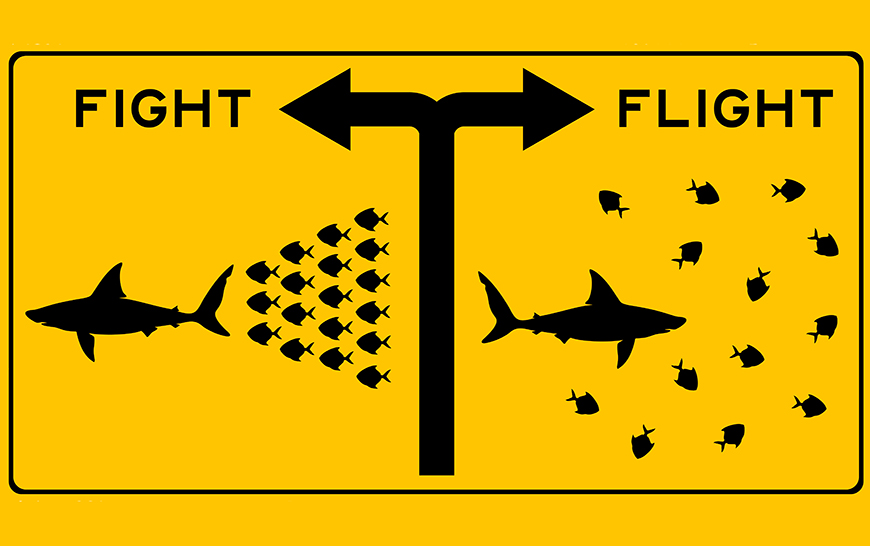 ← Feeling Nervous? – Good! Kelly McGonigal on Stress at TEDGlobal: Our Response →
Lisa’s heart is racing. Her breathing is rapid and shallow. Her armpits are sweating, her hands are clammy, and her neck and face are red. Her legs are jittery, her mouth is dry and her teeth are clenched. Her brain is alternately racing, then going blank. She has pins and needles in her stomach, and she feels sick. She needs the toilet. Is Lisa ill? Is she dying? No. She is on stage, about to deliver a workshop to two hundred senior industry figures. Lisa is nervous.

The Source of Nerves

As trained actors and performers, we at MSB Executive are familiar with pre-performance anxiety. Our clients often ask us for advice on the issue. We think it is important to understand what is going on in the body. Why do nerves put us, like Lisa, into such a calamitous state? The situation is not so serious. Lisa’s extreme response does not seem logical. Indeed! Responsibility lies with a very illogical part of the brain called the amygdala. Located deep within the limbic system, it belongs to what Steve Peters calls the chimp brain (The Chimp Paradox, Vermillion, 2021). Lisa’s amygdala has detected a threatening situation and switched Lisa into ‘fight or flight’ mode. There is no nuance; for the chimp, every threat is a mortal threat.

Lisa’s body is behaving as though there is a snarling tiger a few metres away. Her adrenal glands are unloading adrenaline, cortisol and norepinephrine into her blood. These hormones are racing around her body, delivering instructions. Her digestive system has been issued a shutdown order: the blood it uses is needed in her muscles. As the capillaries in her gut give up their blood, she feels a fluttering sensation – the butterflies. The digestive shutdown – which is giving her the urge to throw up or go to the toilet – extends all the way up into her mouth, which has stopped producing saliva. Her jaw has clamped shut. (Has the tiger seen her? She mustn’t make a noise.) Lisa is breathing rapidly to take in oxygen, and her heart is furiously pumping the oxygenated blood. The large muscles in her legs twitch as they receive the extra supply. She is heating up (blood is hot), and her sweat glands have kicked in to cool her down. Lisa’s amygdala wants her hyper-alert, so her brain also gets extra blood. The capillaries in her neck and face dilate: that’s why she’s blushing. She hops from idea to idea, trying quickly to make a plan. Fight or flight? Only those thoughts are permitted; if she attempts to think analytically or self-reflectively, she draws a blank.

Lisa’s workshop starts in two minutes! She needs to make a big impact with her opening words. How does she switch off her amygdala? She can’t close capillaries, seal up sweat glands, or reboot her gut. Is she trapped in fight or flight? Good news for Lisa: she has worked with MSB Executive, so she has plenty of tools for dealing with nerves. Her favourite technique is to take a few slower and deeper breaths. As soon as she does that, her heart rate slows, her temperature drops and the butterflies ease. In the words of breathing guru Stuart Sandeman, the Founder of Breathpod, ‘Calm your breath, and your mind will follow.’ It is true: by breathing better, Lisa feels as though she is soothing her inner chimp: ‘Sssh,’ she tells it. ‘It’s only a workshop. Everything will be fine.’ The workshop was fine – better than fine, in fact. It went so well that Lisa was invited to deliver it the following year as the keynote speaker at a prestigious international conference. 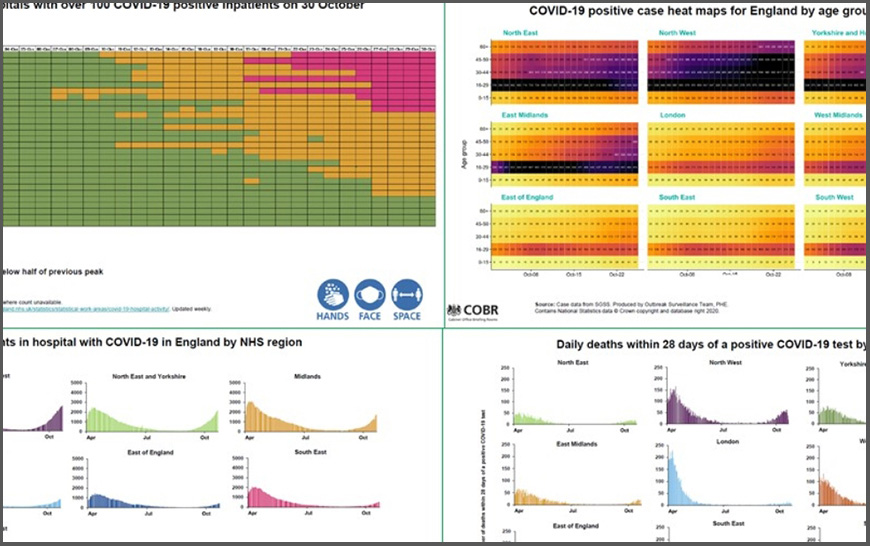 The Top 3 Traps Leading to ‘Death by Powerpoint’

Most people have suffered from terrible Powerpoint presentations at work. Unfortunately, in the UK government briefing are now bringing bad...